We provide sustainable access to clean drinking
water for communities around the world.

100% of every public donation goes directly to providing clean water.

We believe "clean water for all" should be a reality, not a dream.

We prove every project with photos and GPS coordinates.

"We are extremely grateful for all those who are committed to helping end the Global Water Crisis. We are excited to see where our donors and supporters will take Drink Local Think Global."

READ MORE ABOUT OUR STORY

Clean water is the most basic necessity of human life. Everyone has access to it, right? Well, that’s what Brent Patterson had assumed his whole life up until September of 2015. Little did he know that after a young adult retreat at Watermark church in Dallas TX, his life would never look the same.

At the retreat, a guest speaker began to talk about the global water crisis. This is when Brent, taken completely off guard, learned that hundreds of millions of people don’t have access to clean water and that hundreds of children die every day due to diseases caused by unclean water. These facts were heartbreaking, and quite honestly almost impossible to fathom. How are we letting thousands of people die from dirty water? Isn’t this an issue that should be solved by now?

Brent returned home from the retreat and quickly fell back into his daily routine, but the things he learned about the global water crisis were still haunting him. Even though Brent had never donated to a global cause nor been on any type of mission trip to a developing nation, God kept nudging him to think of all the people that were living without clean water over the next three months. It was time to do something about it!

He got a group of friends together from Omaha in January of 2016 and asked them to help him throw an event to raise $20,000 for clean water. That event would be called “Drink Local Think Global” in honor of getting five local breweries involved to have a beer tasting. After things started falling into place, he realized this thing was really going to happen! He made one of the most important calls of his life to his close friend from back home (about six hours away). He asked Lindsey if she would be in charge of all things creative for the event. One thing led to another, and Lindsey is now the backbone and co-founder of Drink Local Think Global. “Without her,” Brent says “Drink Local Think Global would not exist.”

They were 35 days out from the event with only 40 tickets sold. Brent was getting nervous. He was determined to drill two wells, and he was determined not to let everyone down that was working so hard on the event. Not to mention, he had borrowed $4,000 from his brother for the event, and he was insistent on not letting this thing fail (and not having to pay it back out of his own pocket).

He knew he needed to do something drastic. He decided to publicly announce that until they reached their $20,000 goal, he would live off of rice and water during the month of April. Not only would this raise awareness, but it would also encourage more people to get involved and help them reach their goal.

But unfortunately, he was wrong. On April 30th, 2016 the team ended up selling out the event, but they fell short of their $20,000 goal and raised $16,500 total (donating $12,500 to charity: water after paying for the event). Although the event was a success, Brent was discouraged that they didn’t reach their goal.

Something happened, though. He started hearing back from breweries and volunteers in the days following the event. Everyone loved it, and the breweries loved it. A few close mentors reached out and encouraged him to continue on with Drink Local Think Global, and some even encouraged him to form a nonprofit based on this idea. A lightbulb turned on, and Brent immediately knew what he needed to do.

Lindsey Gregory, Brittany Burling, and Lauren Marturano were called with the proposition, and they all realized that Drink Local Think Global had the potential to raise much more awareness and provide many more people with clean water. They knew that this was the beginning of something that would help to make an impact on the global water crisis, and that was enough for them to agree to jump on board.

They received their official 501 c3 in August of 2016, and in October 2016 they officially launched the nonprofit Drink Local Think Global. Two months later they were extremely fortunate to find incredible ground partners working in the Central African Republic, Water For Good. After three years of volunteering their time to run DLTG and not taking a single penny of pay, Water For Good offered Lindsey & Brent full-time positions to run Drink Local Think Global. They were given the opportunity to put their full-time efforts into growing DLTG, and they are dedicated to providing as many people as possible with sustainable access to clean water.

“We don’t know where the future will take us, but we are extremely grateful for all those who are committed to helping end the Global Water Crisis. We are excited to see where our donors and supporters will take Drink Local Think Global.” – Brent Patterson, Founder 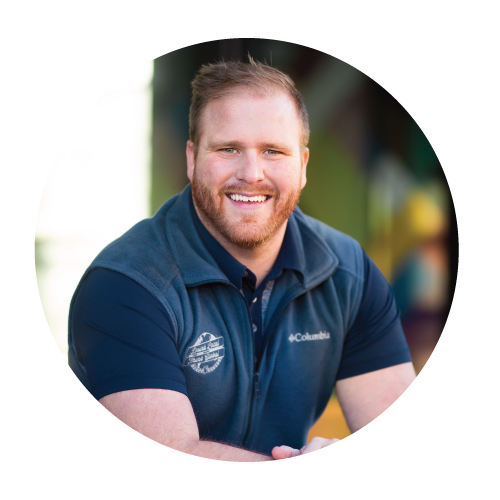 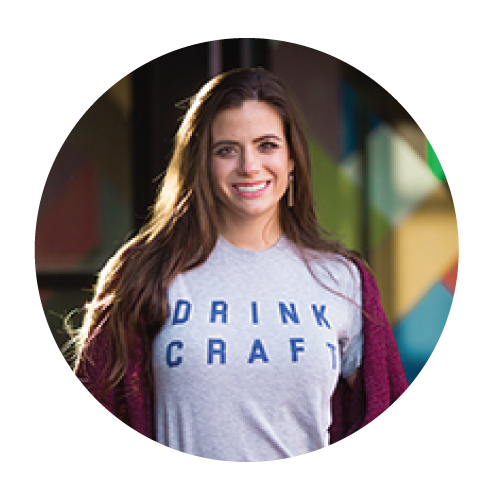